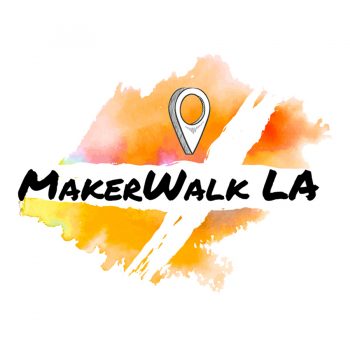 How things are made is undergoing a massive change. And Los Angeles, as a global center of culture and technology and the largest manufacturing center in the U.S., is finding itself at the epicenter of this transformation. On May 31st, attendees of this year’s MakerWalk LA had a chance to look behind the scenes of the future of manufacturing in the making.

It’s a common myth that manufacturing is inevitably heading—or has already headed—overseas, and that production can be separated from technology, design or modern culture in America. Although much of our industrial base has shifted out of the country, U.S. factories are not a relic of the past, but an integral part of innovation and our future. And a new generation of founders have realized there are clear advantages to keeping the factories that build their products close to the creators and inventors who design them. Manufacturing locally is their competitive edge.

Founders, creatives, manufacturers, local brands, and the business community had a sneak peek into this world when they came together for MakerWalk LA on May 31. They spent a self-guided afternoon exploring businesses and factories in the Arts District. Photos from the day are below.

Each tour provided not only a look inside manufacturing here in LA, but also a peak inside the innovation and one-of-a-kind businesses shaping the future. The event featured 25 tour hosts, double the number as last year. You can view the whole lineup here for all the fantastic tours who joined this year. See below or on our Facebook page for photos from the event.

New venues included Scale 1:1, who showcased their custom office furniture that they can make on-demand because they manufacture locally. Angel City Lumber is a different take on “locally made”; this unique urban saw mill turns trees downed in Los Angeles County into one-of-a-kind art pieces. The Giving Keys showed how they employ people transitioning out of homelessness to make inspirational jewelry.

Los Angeles is a canvas for artists and creatives that want to rethink how to express themselves. Two Bit Circus mashes up talent that is uniquely Los Angeles–entertainment, gaming, engineering, prototyping–in their new urban micro-amusement park. Graffiti historian Steve Grody of Cartwheel Art hosted a special neighborhood tour for those interested in the street art in the Arts District. WisdomeLA welcomed attendees to tour their immersive art park and provided a special lecture about how the videos and giant domes are made.

Given our healthy lifestyles and fresh organic produce in Los Angeles, it makes sense that food has become a growing theme at MakerWalk LA. Crafted Kitchen offers shared-use space and kitchens for food entrepreneurs, and provided chef demos and tours. Another very different food co-working space, Soylent Innovation Labs, focuses on “food tech” and highlighted three of their startups: Kapsel, Journey Foods, and inHouse Produce. Juicebot hosted tastings and demonstrations of their “world’s first robotic juice dispenser,” and the Bread Lounge offered a bread-making workshop. We are happy to welcome The Spirit Guild to our adult beverage lineup this year, and two favorites returned from last year, Angel City Brewery and Greenbar Distillery (the largest organic distillery in the world), providing tours and tastings of their impressive facilities.

Other former crowd-pleasers were back again: Oblong Industries is innovating new ways of remote collaboration, and they welcomed attendees to their normally closed R&D development facility to play with their massive 40-foot immersive media wall. Sew FYI is a co-working maker space for fashion entrepreneurs and the Arts District Co-op is a retail space for local makers. One of the biggest sleeper hits was the LADWP substation tour, which offered a deep dive into the details of power generation at the substation, which powers all of the local businesses. Attendees also had a chance to peruse the LADWP’s Consumer Engagement Lab with docents, and they learned how products go from idea to prototype at the LADWP’s Advanced Prototyping Center and at LOTUS Elevated Design next door.

it should be no surprise that transportation is another important theme at MakerWalk LA. Virgin Hyperloop One once again gave another exclusive behind-the-scenes tour; a lucky few could see how they are building the future of transportation (first priority went to those that gave a donation for of our limited VIP tickets). On the other end of the transportation spectrum is “micro-mobility”–such as shared-use scooters and bikes that aim to solve the “last mile” problem. Perch Mobility builds co-working charging stations for the gig economy workers and they demonstrated how they help keep micro-mobility scooters juiced up around town. And we collaborated with Lime, who offered discounts and demos to attendees and made sure there were scooters placed around the Arts District.

To conclude the day, a private Afterparty was held at COMUNITYmade event space in the Arts District. The premium shoe company handcrafts locally to then gives back locally, fueling their mission to inspire action, participation and empowerment of others in the community. VIP ticket holders, founders, tour hosts, sponsors, media and friends of MAKE IT IN LA enjoyed friendly and thoughtful conversations over local food by URBN Pizza and Catalyst Fellow Plant Craft Foods, with signature craft cocktails by sponsors Greenbar Distillery and Califia Farms, and tastings by Tea Drops and locally made Brew Dr Kombucha. MAKE IT IN LA’s Catalyst members provided unique demos: 7till8 demonstrated what goes into their custom manufactured wetsuits, 3rd Dimensional, Inc. gave special stereoscopic shadow performances, LAPHINY showcased their locally made leather items, and Pulp Pantry gave attendees a chance to weigh in on feedback on flavors of their new healthy snack chips, which they upcycle from juice pulp.

MakerWalk was made possible by a grant from LA2050, a community-guided initiative driving and tracking progress toward a shared vision for the future of Los Angeles. Thanks to LA2050, we have created a model that can be sustained annually and even replicated in other areas. We’re excited to be able to pass the baton to Shannon and Sean Scott from COMUNITYmade, who will take the lead in future years in coordinating MakerWalk LA in the Arts District.

A hearty thank you to our signature sponsor LA2050, and our other partners that made MakerWalk LA possible: COMUNITYmade, Greenbar Distillery, Califia Farms, Newsroom PR, The Giving Keys, plus all of our tour hosts.

If your business wants to sponsor MakerWalk LA next year and connect with our community of engaged CEOs, founders, creatives, manufacturers, and thought leaders, we’d love to hear from you! Or if you have suggestions for Arts District businesses that should take part next year, please reach out. And we’ll see you next spring!