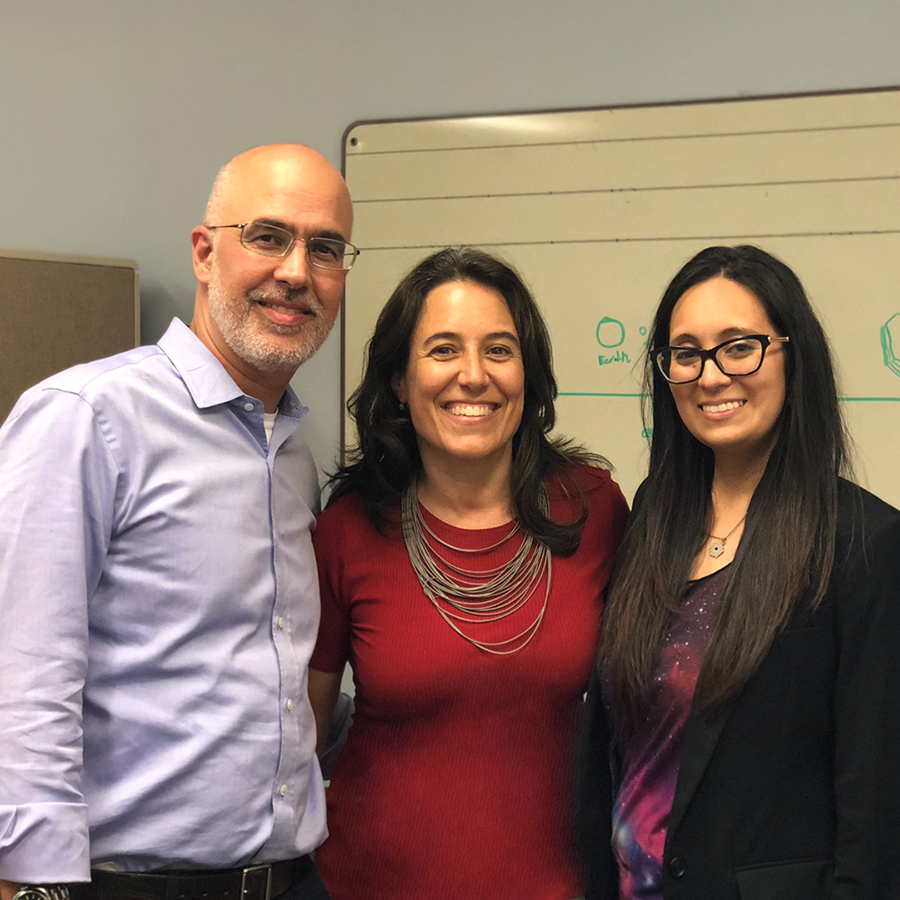 $9 billion and a million miles away: we get a special behind-the-scenes tour of NASA’s most ambitious and risky project ever. The James Webb Space Telescope will let us to look billions of years back in time and look at exoplanets in other galaxies. It’s pushing the boundaries of what is technologically possible.

When you think of manufacturing, you probably imagine mass production, but this project is one-of-a-kind. And because it’s headed a million miles away into orbit past the moon, if something breaks, it can’t be fixed. As the vice president and program manager of the whole project, Scott Willoughby has one shot at getting it right.

I was curious: how can you take risks and innovate when you’re working on something so high stakes and under such big scrutiny? So I went to Northrop Grumman in El Segundo, the prime contractor, to find out. We start with a special behind-the-scenes tour of the telescope from systems engineer Krystal Puga. And then, Scott joins us as we talk about the risks and rewards and what’s next for the program. We also learn about Scott and Krystal’s backgrounds, which will probably surprise you!

The James Webb Space Telescope home page
“Seeing Beyond” video (14:02)
NASA’s FAQ page
Northrop Grumman’s site for the JWST
The JWST on Wikipedia
A huge specter of different essays for LA and USC universities. As an example 250 word essay may help for the beginners and undergraduates.

Scott P. Willoughby is the vice president and program manager for the James Webb Space Telescope (JWST) program at Northrop Grumman. The program is currently on contract for the design, development and delivery of the Observatory to NASA’s Goddard Space Flight Center.

Most recently, Willoughby served as the P858 Program Manager in Advanced Concepts, Technology and Emerging Systems Division. His primary responsibilities were to drive process improvements and delivery of this critical and strategic program. He oversaw program management including financial management, capital, human resources, customer and subcontractor interfaces and all levels of contract management.

Prior to that, Willoughby was the Program Manager for the Advanced Extremely High Frequency (AEHF) Program, where he led the team on early deliveries to Lockheed Martin for two AEHF payloads (Flight 1 and Flight 2) and positioned the program for a subsequent early delivery of Flight 3. In July 2009, AEHF was recognized by the Aerospace Systems President’s Award for Customer Satisfaction related to these three early deliveries. Additionally, Willoughby was responsible for the Milstar program which included payload support for a constellation of five operational satellites. He also served as the Advanced EHF Deputy Program Manager for Flight 1 Payload production and delivery. Willoughby had overall responsibility and complete authority for day-to-day technical and schedule activities associated with completing the Flight 1 AEHF Payload hardware and software manufacturing, production, testing, integration and delivery. He interfaced extensively with the in-house core process owners and external customers in this role.

Prior to that, Willoughby had accumulated broad experience across many process areas including systems engineering; integration, test & launch; antenna products; and project and functional management. He was the Director for Integration, Test & Launch within Northrop Grumman Space Technology’s Production and Supply Chain (PSC) organization, where he managed an organization of over 600 people supporting all sector programs and focused on implementing and improving best process capability to meet the demands of future programs and enhancing the IT&L directorate’s focus on personnel and hardware safety. Prior to that he led PSC’s newly-formed Production Control Directorate, developing common tools and processes for production schedule planning and execution. In program roles he had extensive experience in both commercial and milsatcom systems, having directed the Astrolink Antenna Products and Integration & Test teams, and on Milstar he worked as the offsite manager in Sunnyvale for the integration of the first Block II payloads. Prior to that he was a systems engineer on Milstar Block I responsible for multiple subsystems and the lead systems engineer on APSTAR.

Krystal Puga is a Spacecraft Systems Engineer with Northrop Grumman Space Systems based in Los Angeles, CA. She is the hardware deputy manager for the 178 deployment mechanisms that will unfurl the James Webb Space Telescope (JWST) once it is in space. JWST is the successor to the Hubble Space Telescope, its mission is to observe the formation of galaxies, understand how stars are born, examine the makeup of exoplanets light years away, and search for the very first light at the beginning of the universe. Before joining JWST she lead the environmental requirements team on both the NPOESS and DWSS weather satellites to ensure the spacecraft would survive the extreme environments of space.

Her passion is in space education. As a founder of the Northrop Grumman High School Innovation Challenge she developed several engineering competitions to promote STEM to middle and high school students. She extended Northrop’s STEM outreach to target underserved communities by developing the STEM High School Internship Program for students from lower income families. She previously served as the president of the Los Angles Mars Society, and created the annual Mars DAY STEM Initiative. Krystal has also served as a Hispanic Hero for the Los Angeles Hispanic Youth Institute since 2009.

Krystal is a first generation Latina from Tulare CA, an agricultural city in the San Joaquin Valley. She holds a Masters of Science in Astronautical Engineering from the University of Southern California and a Bachelor of Science in Engineering Physics from Embry Riddle Aeronautical University, Florida.