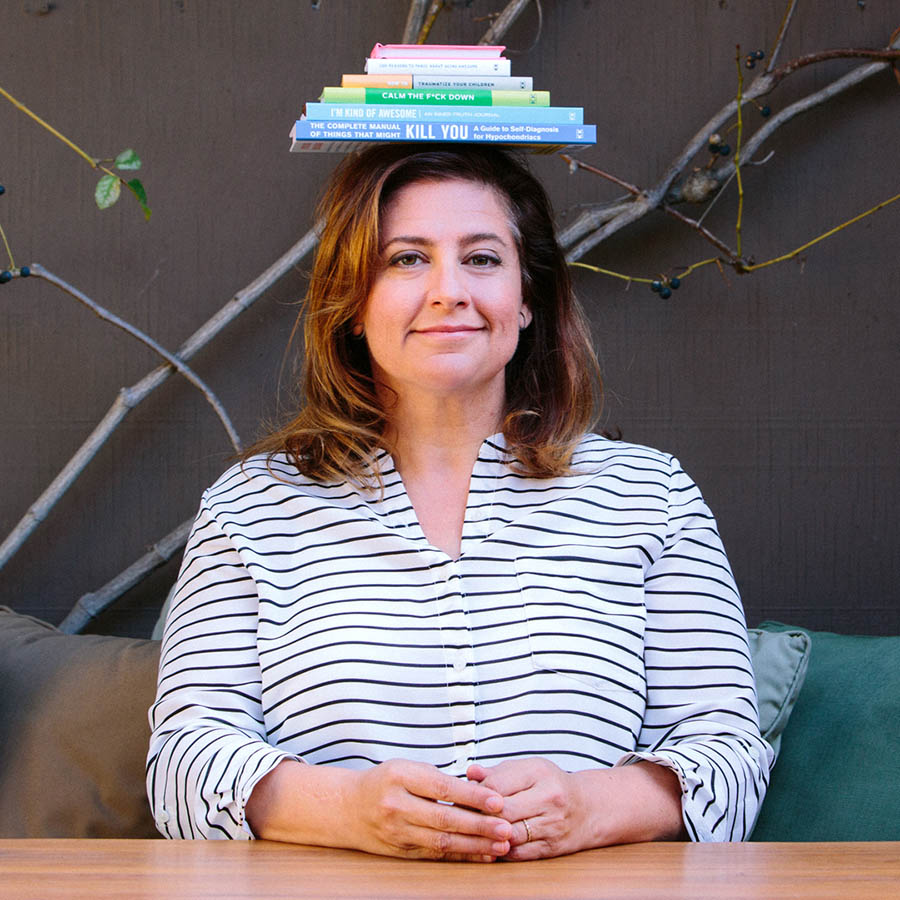 This week we’re speaking with Jen Bilik, the founder and CEO of Knock Knock. With a name like that, you might guess there is some humor involved—and you’d be right. Knock Knock is known for their funny and often blue gifts and books.

But she has to deal with risk-averse retailers and easily offended consumers. Not to mention the pot-smoking hippie manufacturing broker that bilked them out of millions of dollars in their early years. Jen started out as a “reluctant businesswoman” and she’s very candid about her mistakes. She shares some useful lessons about growing a company and bringing a little humor into your business.

While serving as the point person for text on late-breaking books, she inadvertently enjoyed a series of deskside internships in graphic design. After a freelance stint that included editing many books as well as co-authoring two (Todd Oldham: Without Boundaries and Women of Taste: A Collaboration Celebrating Quilt Artists and Chefs), Jen moved to Los Angeles to ponder how she might make her elusive mark. A few years and a million head scratches later, Knock Knock was born out of Jen’s desire to play with paper and wit.

Initially a reluctant businesswoman, Jen has transformed into a celebrated and passionate entrepreneur, taking on speaking engagements about the business side of Knock Knock as often as the creative side. Since part of her life goal has always been to exercise both the right and the left sides of her brain (as business and creativity do), Jen loves not having to choose.

In January 2018, Jen spearheaded Knock Knock’s acquisition of Emily McDowell Studio and People, Places & Things (formerly known as Sisters of Los Angeles) to form the Who’s There Group. For Jen, the Who’s There family represents a stimulating culmination of many interests—art, craft, business, strategy, printing, writing, coordinating, managing—and she keeps them all well-honed by serving as the company’s CEO, and key creative leader. Co-author of the highly anticipated This is Not L.A.: An Insider’s Take on the Real Los Angeles, Jen continues to play an active role in product development.

With Knock Knock, Jen and the team seek to create products distinctive in concept, content, and design, immune to the disease of committee homogenization.