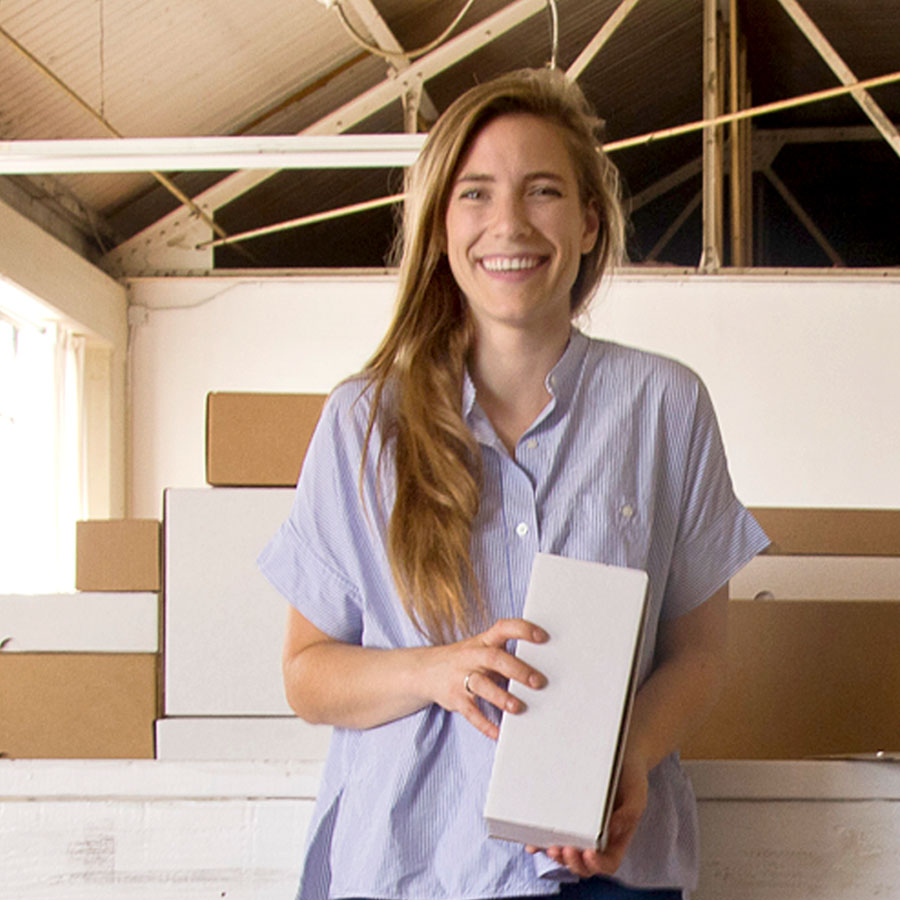 Packaging should be your secret weapon, and this serial entrepreneur will show you how. Some of you might remember our episode a year ago, with Jesse Genet from Lumi. They recently raised $9M, so we’re checking in with Jesse to get an update. We talk about how they’ve evolved their strategy and what she learned raising venture capital. We also get tips for finding suppliers, and the advantages of offering a platform that gives customers unprecedented control to tinker with their packaging.

We’re starting with the original interview. If you want to skip ahead to our more recent conversation, it starts at 1:07:30.

At age 15, Jesse started her first business printing t-shirts in Detroit. Over the next year she followed her curiosity, tracked down an obscure invention, and next thing she knew her new company Inkodye ended up on Shark Tank and participated in the prestigious incubator Y-Combinator. Through becoming a manufacturing entrepreneur, she learned how easy it was on the digital side to start a business, but on the physical side it was the complete opposite.

That’s when their big idea hit: why don’t they create a whole platform for startups to handle packaging and fulfillment? And Lumi was born. Jesse tells horror stories and practical advice about packaging and logistics. She gives insights into new ecommerce trends like direct-to-consumer retail and Vertical Commerce Brands that make your packaging more important than ever before. And she also shares her real-life experiences and perspectives on being an entrepreneur. (Her stories about stalking the original owner of the Inkodye technology, turning down Mark Cuban, and what happened as she was about to walk onto the set of Shark Tank are pretty hilarious.) She’s energetic, nerdy, and unapologetically quirky, and she has some great advice you won’t want to miss.

Lumi on Fast Company
“Digitally-Native Vertical Commerce Brands,” by Andy Dunn
Marshall Goldsmith: What Got You Here Won’t Get You There on Audible and Amazon

Jesse Genet is the Founder and CEO of Lumi.com. Lumi makes it easy for businesses to order the branded packaging and supplies they need to ship their products. Genet has been an entrepreneur since 16 when she started her first company, printing t-shirts in her parents Michigan basement. Before launching Lumi.com, she invented and launched Inkodye — a fabric dye that develops its color in the sun. Together with her co-founder Stephan Ango, they’ve stocked Inkodye in over 1500 retail stores.

At 28, Genet has raised over a quarter million dollars on Kickstarter, been featured on Shark Tank, appeared on HSN, and most recently participated in Silicon Valley accelerator Y Combinator. She studied Industrial Design at Art Center College of Design in Pasadena, lives full-time in an Airstream trailer, and works with the Lumi team out of the industrial Lumi HQ near downtown Los Angeles.