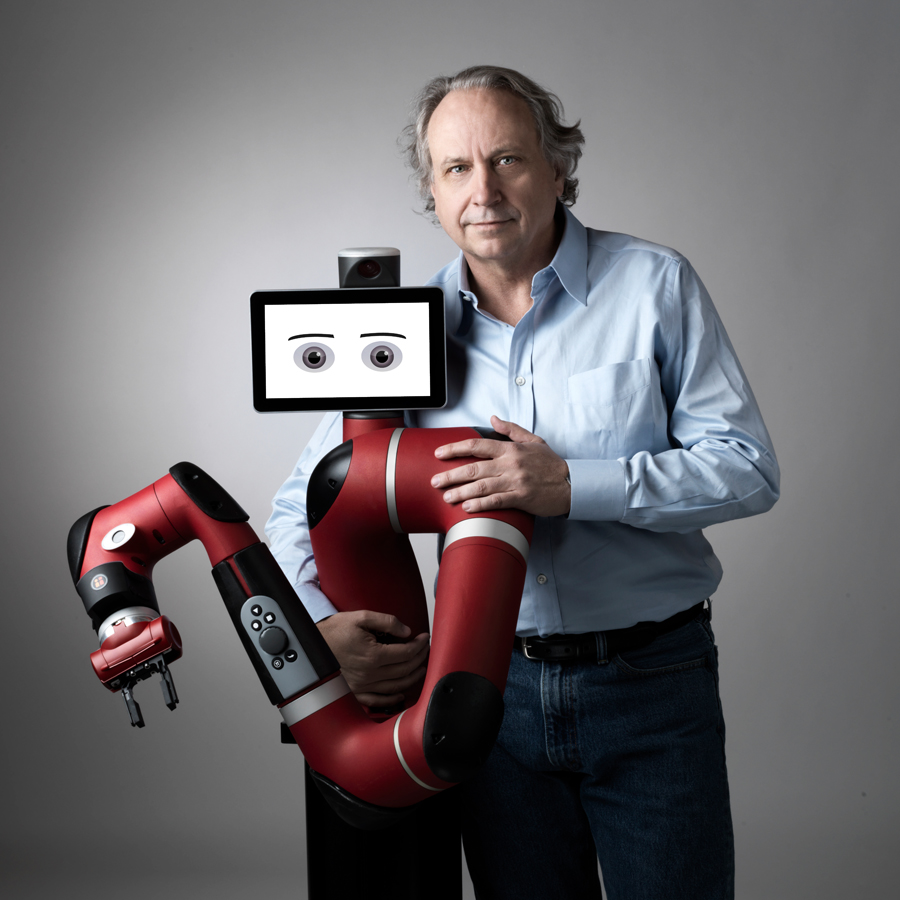 If you own a Roomba, you can thank Rodney Brooks, because he’s the co-founder of iRobot. He launched the company almost three decades ago when he was a professor at MIT.

Well, today, he’s at it again. He’s trying to disrupt the world of industrial robotics with his new startup, Rethink Robotics. While I was in Boston a few weeks ago, I visited Rod at his home in Cambridge and captured some great stories. His extensive experiences over his career inspired the new company.

We hear about the pending workforce shortage (yes, really!) and why location matters with manufacturing, whether it’s China, America, or anywhere else. He explains why the influence of the Prague Spring on his college math classes in Australia might have been the key influence in his research years later. He warns us about the hype of artificial intelligence and the potential of collaborative robotics.

I’m surprised to hear how difficult it has been for his company to get their robots onto the factory floor given the obvious ROI. He shares humbling lessons about finding product market fit, which he learned the hard way across all three of his startups, and the lessons he takes away. But thanks in large part to his evangelism, the conversation around industrial robotics is changing. Might his ideas help save the manufacturing industry?

A mathematics undergraduate in his native Australia, Rodney received a Ph.D. in Computer Science from Stanford in 1981. From 1984 to 2010, he was on the MIT faculty, and completed his service as a Professor of Robotics. He was also the founding Director of the Institute’s Computer Science and Artificial Intelligence Laboratory, and served in that role until 2007. In 1990, he co-founded iRobot (NASDAQ: IRBT), where he served variously as CTO, Chairman and board member until 2011. Rodney has been honored by election to the National Academy of Engineering, and has been elected as a Fellow of the American Academy of Arts and Sciences, the Association of Computing Machinery, the Association for the Advancement of Artificial Intelligence, the Institute of Electrical and Electronics Engineers and the American Association for the Advancement of Science. Rodney is also an accomplished presenter, and speaks regularly to promote the value of robotics and artificial intelligence in venues throughout the world.