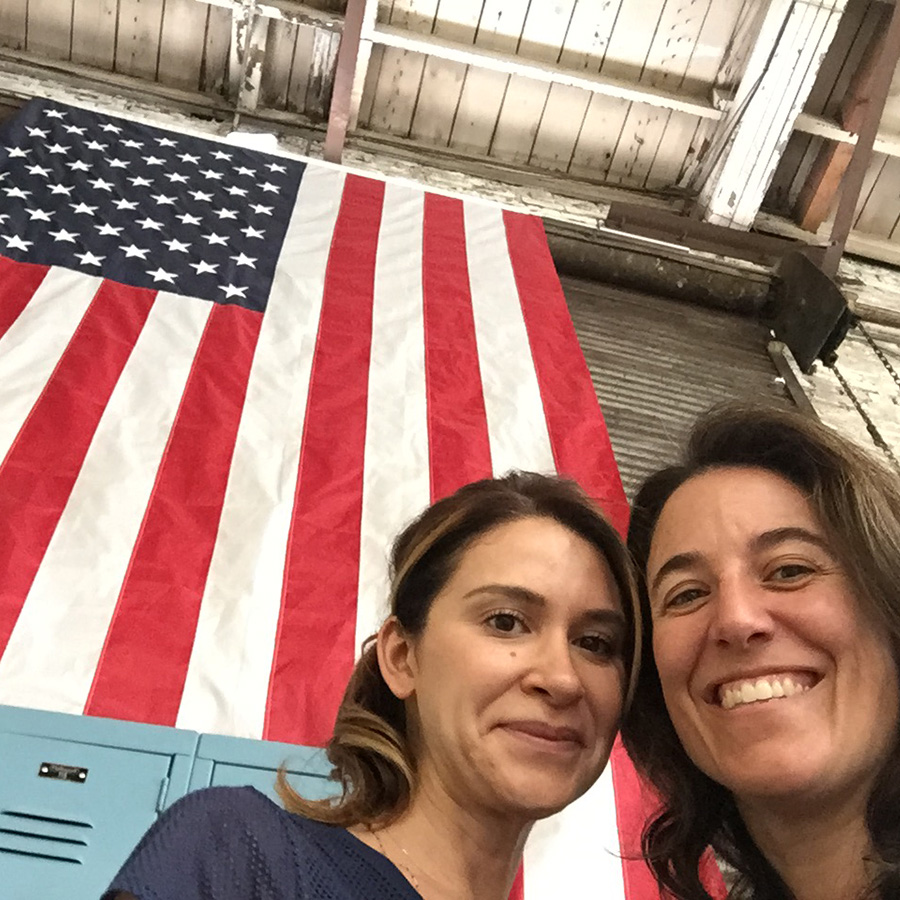 Should I Make it in the USA?

Four experts explore the dilemma of where to do your manufacturing.

Where to produce is an important question to ask yourself when you are launching a company. Most people assume they need to go to China or elsewhere overseas. We’ve heard a lot about Made in America and retaining manufacturing jobs over the years. But is locally-made just a nice thing to talk about? Or are there times when it makes better business sense to make it here?

We speak with Michael Corr, CEO of Durolabs, formerly head of engineering at several hardware startups in the US and China; Sean Scott, CEO of COMUNITY, formerly of VANS, ASICS, Nike, and TOMS; Clarissa Redwine who heads up Kickstarter’s hardware community on the West coast; and Jaleh Factor, who brings her accounting background to her role as founder and CEO of Sourcing Theory, an apparel factory in DTLA. The conversation was recorded live at the LA Cleantech Incubator, at an event co-hosted by MAKE IT IN LA, ArtCenter College of Design, Supplyframe, Kickstarter, and Califia Farms.

I was curious how to model your expenses, how to assess the risks, and how to consider the hidden costs of manufacturing overseas. We discuss the ethical and sustainability considerations, which aren’t as simple as they seem. We talk about how to find your suppliers. And we hear some horror stories from the trenches.

This episode is not meant as a sales pitch for local manufacturing. Every company needs to do what’s right for their business. But, as I suspected, the decision isn’t as obvious as people make it out to be. This week’s guests give some surprising answers.

Jaleh Factor is the founder of Sourcing Theory, LLC, a domestic garment factory built on ideals of fairness, transparency and quality. Before starting in the apparel industry, Jaleh was a tax accountant for 10 years. She specialized in high net worth individuals and small to mid-sized businesses. While working with clients in the Manufacturing and Distribution sector here in Los Angeles, she identified her own passion for apparel and the process of manufacturing. Jaleh graduated with dual degrees from the University of Southern California and she is a founding Board Member for the Heartful Children’s Foundation.

Clarissa Redwine is Kickstarter’s Design & Technology Outreach Lead for the west coast. She travels up and down the coast in search of innovators, creators, and makers who can leverage the powerful community and storytelling tool of Kickstarter to bring creative projects to life. Before joining Kickstarter, Clarissa cofounded a nonprofit with the core mission of fostering the North Texas startup community and worked with 10 promising robotics startups as the Program Manager of the Qualcomm Accelerator, powered by Techstars.

Sean Scott began his footwear career where every footwear visionary has begun…at retail. One of his first jobs was on Haight Street in San Francisco. Each week Sean interacted with customers ranging from the neighborhood’s homeless to the city’s elite. This experience helped Sean understand and respect the significance of the exchange of money for a product. To achieve mutual satisfaction and well-being, the seller must put the same value on the product that the customer does. The seeds for COMUNITY were planted.

As Chief Shoe Maker and one of the original members of TOMS Shoes, Sean saw first-hand that consumers not only expected quality products but they also wanted their purchase to mean something more; they wanted their purchase to represent their part in a change for the better. Beyond TOMS, Sean’s experience at NIKE, ASICS, and VANS has provided the footwear knowledge to build a sustainable business.

As COMUNITY’s Co-founder and Chief Instigator, Sean oversees the business platform ensuring the brand lives up to its purpose of inspiring change, participation and empowerment of its customers through civic engagement.

Michael is the CEO and Founder of Duro Labs, a software company offering tools for hardware engineers to better manage the design and manufacturing of their products. The motivation to develop these applications came from Michael’s over 15 years of experience designing and manufacturing various hardware products, both in the US and overseas. Over the span of his career he has developed a range of products including drones, IoT devices, wearables, telecom equipment, and cleantech products. Duro Labs is based in Los Angeles, CA.