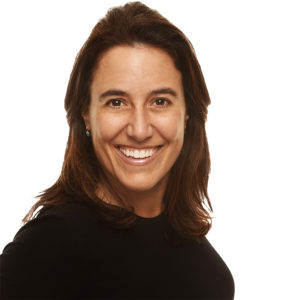 MIT-trained engineer, tech entrepreneur and adventurer, Krisztina “Z” Holly is the host of The Art of Manufacturing podcast and Founder & Chief Instigator of MAKE IT IN LA, a non-profit launched out of LA Mayor Garcetti’s office. Z is known for curating and hosting the first ever TEDx (TEDxUSC) in 2009 and founding two innovation centers at MIT and USC. She has an instinct for finding and amplifying undiscovered talent and ideas, whether it’s helping dozens of faculty spin out new venture-backed startups, or curating nearly a hundred different speakers whose talks have garnered 14 million views online; ten have appeared on TED.com.

Early on, Z played key roles at tech startups, such as Stylus innovation (acquired by Artisoft), Direct Hit Technologies (acquired by Ask Jeeves), and Jeeves Solutions (acquired by Kanisa). She started her career as an undergraduate researcher at the MIT Media Lab and a member of the Space Shuttle Main Engine advanced manufacturing team. She served as Vice Provost for Innovation at USC and has been advisor to nearly two dozen companies and organizations, including the River LA, World Economic Forum, and the Obama Administration.

She is an avid traveler, backcountry skier, mountain biker, rock climber, and the quartermaster of the Black Rock City airport logistics team in her spare time. Z has two engineering degrees from MIT and currently lives and plays in Los Angeles.