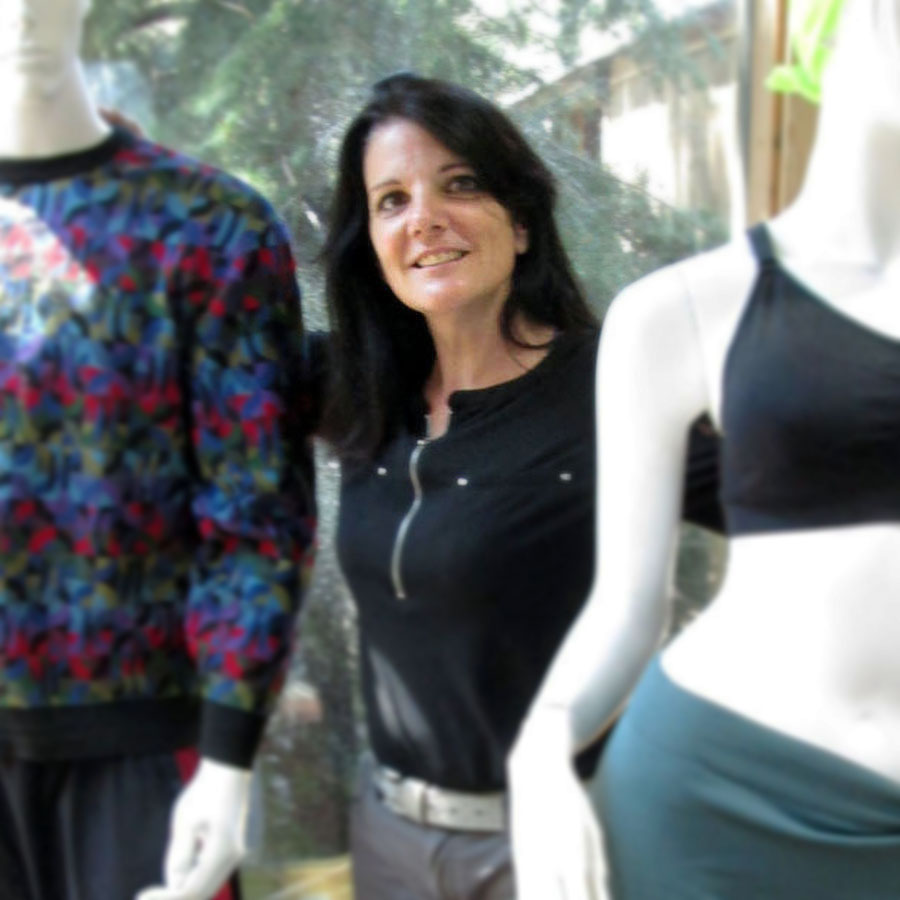 See the Forbes article which accompanies the episode here – posted 8/25/16
Click here to subscribe on iTunes, and never miss an episode!

Additive Manufacturing isn’t just 3D printing. Knitting isn’t just for apparel. And being a venture-backed high-profile unicorn isn’t the only way to make a global impact. This episode features Connie Huffa, founder of a company you’ve probably never heard of, but you’ve seen their products. Fabdesigns is run by a couple with 70 years combined experience and deep intellectual property in the field of knitting technology. Yes, knitting! Connie explains how knitted textiles could be the future for medical devices, aerospace components, technical apparel for first responders, sports equipment, and more. You know those bright yellow Nike Flyknit shoes at the Olympics? Those were developed by Fabdesigns. It’s hard to believe they almost went bankrupt as a result of that partnership–you’ll hear about that, too. But they have since built their way back up and are now back in business in a new fabrication facility in the hills of Malibu. They consult to global companies looking to innovate their products, and in the process teach them to manufacture with zero waste using their high-tech technology. We go to visit to see their facility and how they do it.

We start the episode with a short chat about innovation trends with Chris Denson, host of the Innovation Crush podcast and the Director of OMD’s Ignition Factory West.

Connie Huffa is co-founder and CEO of Fabdesigns, a company she established in Los Angeles with her husband Bruce in 1988. Between the two of them, they have approximately 70 years of experience and more than 65 patents in technical textiles. Some of their innovations include the Nike Flyknit shoes and New Balance’s Warrior Warpforward lacrosse net, which both revolutionized their industries.

Since 1983, Connie has developed private label knitwear for many of the top global knitwear brands, where she started as a student intern at Phillips Van Heusen’s Sommerset Knitting Mills. She has also revolutionized other industries with her textile engineering skills. Notably, she served as Director of Product Development at Shell Oil’s Axius and Auto Expressions divisions and consulted for Pelican soft goods division. She received a BSc in Textiles from Philadelphia University.

Connie and Bruce met as colleagues at the German knitting machine builder Stoll. The team quickly became known in the industry for mastery of difficult 3D and multi-textured knit development. They built specialized software that optimized Stoll’s off-the-shelf CAD system by 25% to 40% and helped more than a hundred struggling domestic mills compete with imports. Their clients included top mills around the country, in addition to apparel, medical, automotive and specialty manufacturers. In 2001, the couple started their own successful apparel label, Concetta Bruce, that combined 3D knitting with mass customization and sold in over 365 of the top women’s boutiques in the US.

In 2008 they were hired by Nike to explore using knitting to manufacture the pieces of a shoe, and in their very first conversation they asked, “Why not make it all in one piece?” In two weeks they handed Nike a complete 3D shoe; after nearly a year of development, the Flyknit was born. However, the relationship with Nike did not go well for Fabdesigns once the Flyknit was delivered, and both the owners and the company nearly went bankrupt in the process. Furthermore, years after the fact they discovered that Nike had patented Fabdesigns’ background IP, assigning it to themselves without Fabdesigns knowledge or permission.

Bruce and Connie reopened their studio in Los Angeles after the non-compete contract expired in 2013, and soon thereafter filed reassignments with the USPO for their background IP. Today Fabdesigns studio is in Malibu, at Calamigos Ranch, opening its doors to many industries that have come to them for engineering expertise in solving product issues, making 3D integrated knit products that are better, with fewer seams and nearly zero waste. Today, as it has for 28 years, Fabdesigns engineers automotive, aerospace, medical, architectural, military, wearable tech, footwear, and extreme sports solutions for common problems.