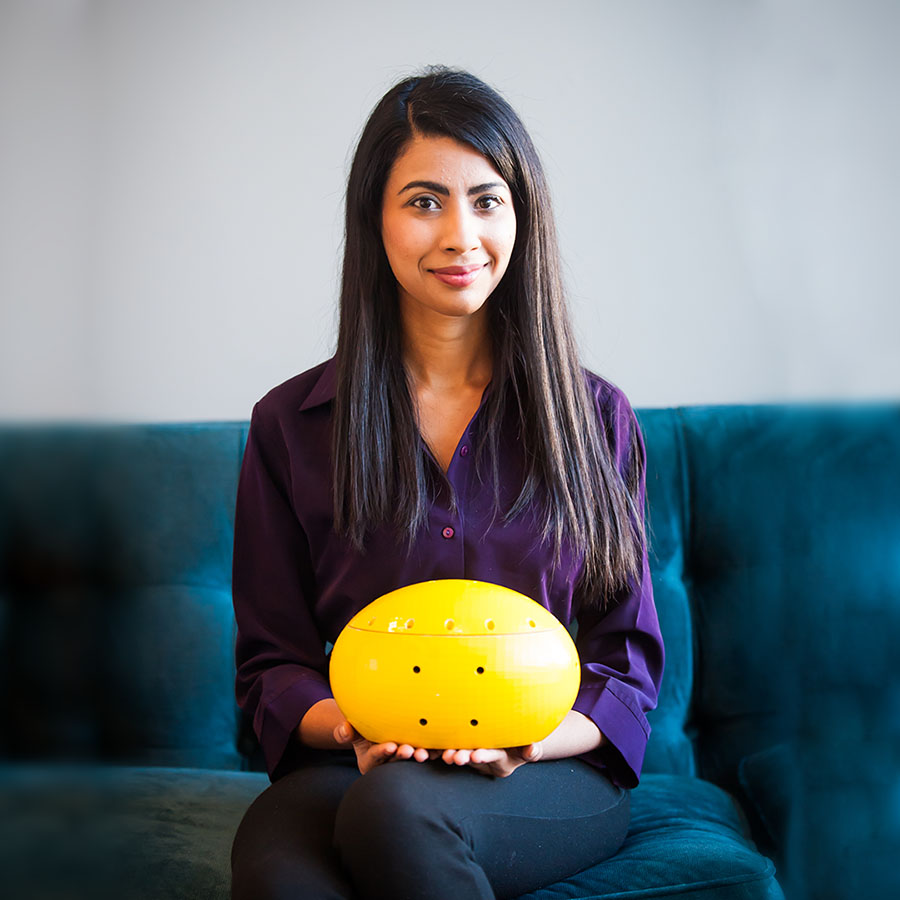 An underwater roboticist is determined to map the 70% of our globe covered in water. Everyone’s talking about space these days, but the most promising uncharted frontier might be under the sea. And exploring our oceans is much harder than you think.

Preeti Battacharyya is a 30-year-old entrepreneur who fought tradition back in India and moved to the US. She received a PhD from MIT before launching her company, HydroSwarm. They’re building a network of autonomous underwater vehicles that can map the oceans and communicate with each other.

I was curious what is holding back ocean exploration. What are the challenges of building robots that can work under the sea? It turns out its way harder than rocket science! We learn the difference between ROVs and AUVs, and why they matter. We also learn about Preeti’s path from small town girl in Kolkata to an underwater roboticist with experience with particle accelerators and nuclear reactors starting an ambitious venture.

Other links:
Video of a hydrone on YouTube
Cyberclones column on techcrunch

Sampriti Bhattacharyya, 30, CEO and Founder of Hydroswarm is a roboticist and a recent PhD graduate in Mechanical Engineering with a minor in Business at MIT (2017). While a student at MIT, she founded a Hydroswarm, a startup to focus on ocean data, security and mapping using scalable multi vehicle platforms, and in particular stealth swarm capable underwater micro drones. Hydroswarm has gained both national and international attention, being featured by leading outlets like Forbes, The Guardian, Smithsonian, TechCrunch and many others.

Prior to MIT, Sampriti earned a MS in Aerospace Engineering at The Ohio State University and worked on Intelligent Flight systems at NASA Ames in Silicon Valley. For her MS thesis, she worked with Fermilab, a DOE High Energy Physics Lab in Chicago on a new kind of innovative safe nuclear reactor (AcceleratorDriven Subcritical Reactor: ADSR) based on a particle accelerator: Project X to produce energy out of radioactive waste which could lead to America’s energy independence. Sampriti was also a visiting research fellow at the Tata Institute of Fundamental Research, India’s premier institution for nuclear sciences where she worked on the Indian Neutrino Detector. She did her BS in Electrical Engineering from a small college in India, Kolkata and came to USA during her undergraduate years as a intern at FermiIab.Her interdisciplinary background enables her to address large complex problems and she is very passionate about robotics, Al, data security and the intersection of policy and technology.

Sampriti has received many accolades from being recently recognized at the Congressional Invention Caucus in Washington DC, Forbes 30 under 30 (2016), Robohub’s 25 Women in Robotics, Women of M2M, MassChaIIenge Gold Prize Winner and others. Her passion and curiosity for science lead her from humble beginnings in India (where her family is still based in) all the way to the United States following a rather unconventional path. She is an active advocate for women in STEM fields and was also awarded MIT’s most outstanding undergraduate mentor award, 2016.